Buteyko Breathing Exercises are a compilation of exercises that have been designed in order to improve an individual’s health.

By practicing breathing exercises from the Buteyko Method you can experience more open airways and improved blood circulation in a matter of minutes. This alone is enough to demonstrate the relationship between your everyday breathing and state of health. The following paragraphs explore the exercises from the Buteyko Method and the reasoning behind them.

There is a common belief that the more air we breathe, the healthier we are. Few people realize that in order to increase blood flow and oxygen delivery to the tissues, breathing should be slowed down so that less air enters the body. You know that you are taking less air into the lungs than normal when you experience a tolerable feeling of air hunger. Within a few minutes of continued slowing of the breath to experience air hunger, body temperature increases to indicate an improvement to blood circulation. At the same time, there is an increase to watery saliva in the mouth – traditionally observed in Yoga as activation of the body’s relaxation response.

In 1957 Ukrainian Dr. Konstantin Buteyko observed that unhealthy people have noticeable breathing during rest. Their breathing is often through the mouth, using the upper chest with a respiratory rate and volume greater than normal.

On the other hand, healthy people have regular, effortless and quiet breathing during rest. Their breathing is through the nose, driven by the diaphragm and with a normal respiratory rate and volume.

Over the span of four decades, Dr. Buteyko developed a program designed to normalize breathing volume. Using slow breathing and breath holds following an exhalation, the objective is to take less air into the lungs. With regular practice over a few weeks, breathing is brought towards normal with resultant improvements to a number of common complaints such as asthma, rhinitis, anxiety, panic attacks, and sleep disorders.

Buteyko breathing exercises are not dissimilar to exercises practiced by Yogis. During his research, Dr. Buteyko turned to Eastern breathing techniques and combined these with the science of Western Medicine. Buteyko exercises are more direct and specifically tailored to each child and adult, regardless of condition. From the individual experiencing severe asthma and panic attacks to the healthy adult, a program is available depending on the age and health.

We also have an article on breathing exercises for asthma.

What Is The Control Pause?

Central to the method is a measurement called the Control Pause. This involves timing how long you can comfortably hold your breath following an exhalation.  Having a control pause of less than 25 seconds is poor and 25 seconds to 35 seconds means there is room for improvement. The goal is to reach a comfortable breath hold time of 40 seconds. The average control pause of students attending our clinics is around 15 seconds. Students attend to help improve their asthma, anxiety and sleep problems. With each 5 second improvement to their control pause, breathing becomes lighter and the student feels better.

The Buteyko Clinic Method consists of seven exercises with a number of variations. The foundation of the method is to breathe only through the nose both during day and sleep. Nasal breathing with tongue resting in the roof of the mouth helps to ensure that the airway is larger. This reduces the risk of sleep problems including obstructive sleep apnea.

At first, when the student switches to nasal breathing, they may experience a feeling that they are not getting enough air. This feeling of air hunger quickly goes away with practice of the Buteyko breathing exercises. The normal physiologically breathing mode of the human being is in and out through the nose. Mouth breathing is just a bad habit often caused by a stuffy nose. There are different types of exercises in the buteyko method. The first exercise of the Buteyko Method involves holding of the breath to decongest the nose- allowing the child or adult to make the switch to nasal breathing on a permanent basis.

Breathing through the nose is a great start to improving health. However, it is not enough. It is also important that breathing volume is normal and regular. Exercise 2 to 7 are specifically designed to help the student change their breathing patterns in order to help open their airways, improve their blood circulation and oxygen delivery throughout the body. 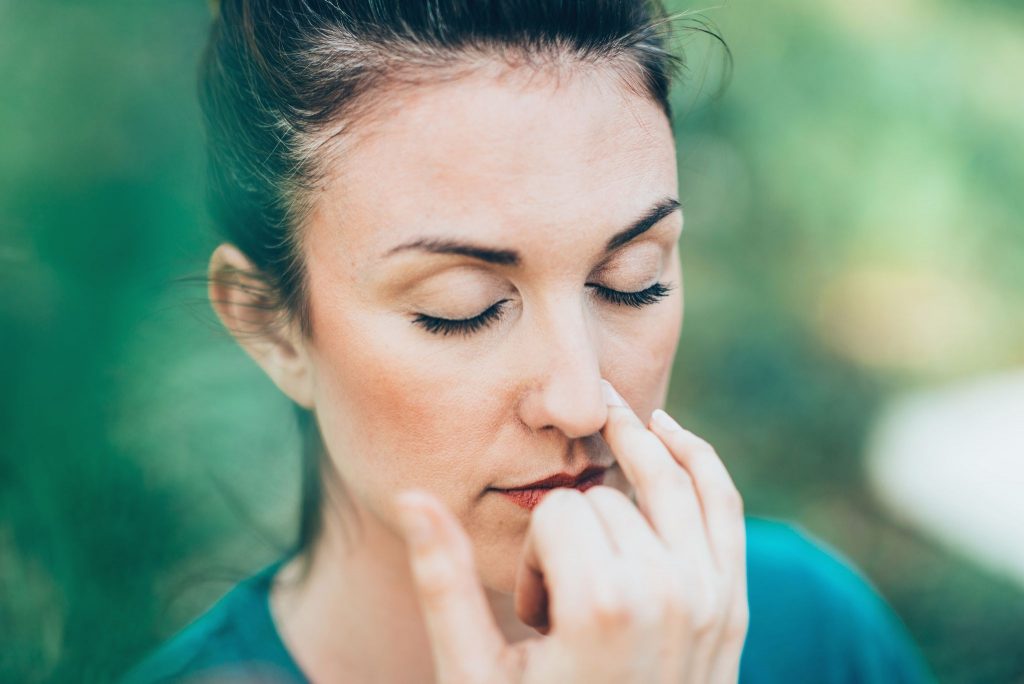 In the various books, webinars and online training courses offered by Buteyko Clinic International, breathing exercises are listed as follows:

Exercise 2a: Normalising breathing volume- hands on chest and tummy

Exercise 4a: walking with breath holds to create medium to strong air hunger

For example, if you are experiencing nasal congestion, constipation or excess mucus in your lungs – then exercise 1 or 5 offers the best relief. On the other hand, if you are having asthma symptoms, Ex 6 when practiced early on during the symptoms can often eliminate the symptoms. The main exercises for children and teenagers to address breathing patterns are exercise 3 and 5. For persons with obstructive sleep apnea, the main exercise is Exercise 2. An experienced Buteyko instructor will advise the best exercises for the maximum effect. A number of Buteyko exercises are free on youtube. Check out our channel: buteykoclinic