Buteyko Clinic International was founded in 2002 to provide a high standard of Buteyko instructor/educator training along with a wide range of Buteyko Method DVDs and books to the Western world. It is the largest and most successful Buteyko training school in the world. Its affiliate organization, Buteyko Professionals International, is the largest organization of Buteyko professionals in the world. As an international community of Buteyko professionals, its membership exceeds 300 with members working in a total of 53 countries. Click HERE for a full list of members. 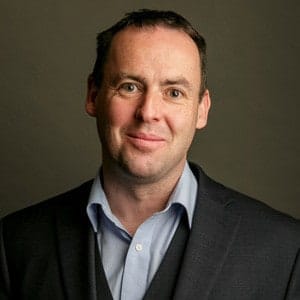 Director of Education and Training

Patrick McKeown is a graduate of Trinity College Dublin. In 2002, Patrick completed his clinical training in the Buteyko Breathing Method at the Buteyko Clinic, Moscow, Russia. This training was accredited by Professor Konstantin Buteyko. Having suffered from asthma, rhinitis and sleep-disordered breathing for over 20 years, Patrick is able to offer both theoretical knowledge and his own experiences to help clients to overcome similar challenges.

To date, Patrick has written seven books and produced four DVD sets on the Buteyko Method, including two Amazon.com and Amazon.co.uk bestsellers for the management of asthma: Close Your Mouth and Asthma-Free Naturally. The Buteyko self-help manual Close Your Mouth has been translated into ten different languages including French, German, Italian, Spanish, Norwegian and Russian. His latest book titled The Oxygen Advantage,  improves sports performance by addressing dysfunctional breathing patterns and simulating high altitude training. The Oxygen Advantage is currently available in English, Dutch, Hungarian, Italian, Japanese and Polish. By September 2018, it will be published in German, Spanish, Chinese and Taiwanese.

Patrick is Clinical Director of the Buteyko Clinic International and Chairman of its Advisory Board. Patrick’s professional memberships include Fellow of The Royal Society of Biology and full member of the Academy of Applied Myofunctional Sciences. Patrick holds regular workshops and talks about breathing pattern disorders in countries worldwide including the USA, Canada, Australia, Israel, Denmark, France, Holland, the UK, and his native Ireland. He has trained Buteyko instructors from 38 countries and delivers group Buteyko courses in London, Dublin, Galway and Sydney.  A TEDxspeaker, Patrick’s work has touched the lives of thousands and more worldwide. Ciaran McKeown learnt Buteyko in the early 2000s as a way of managing his asthma and anxiety. Impressed by the efficacy of the method he worked with his brother Patrick McKeown to incorporate it into his breathwork training and therapy sessions for over 15 years. During this time he has taught students with a diverse range of abilities and needs through voluntary and paid classes.

A registered counsellor and Samaritans volunteer, Ciaran believes that to be a good teacher, personal experience matters just as much as professional proficiency. He says that both are what enable you to relate to your students and find solutions that fit them.

For new students to the Buteyko method, particularly those who suffer from anxiety, he advises that they experiment with the exercises and treat the techniques as being a way to discover their breath rather than be overly demanding of themselves. At least for the first couple of weeks. This is why he prescribes every student with a unique plan.

What is Ciaran up to now? He currently teaches students and practitioners through one to one online and face to face classes. Dr Charles Edward Florendo received his Bachelor of Science degree in Medical Technology from the University of Santo Tomas in 2000. He then attained his Doctorate in Medicine, also from the University of Santo Tomas, in 2005. Shortly after graduating he became a missionary physician, serving as head of the Outpatient Department at the Mary Health of Africa Hospital, a primary AIDS referral centre in the forests of Cameroon, Africa. He was originally trained in the Buteyko Method by senior Buteyko instructor Jac Vidgen. He then received additional training and was certified as a Buteyko instructor by the Asthmahilfe Foundation in Austria, the Buteyko Breathing Association in England, and by the Buteyko Clinic International. While in Africa, Dr Florendo organised the training of African health workers in the use of the Buteyko Method. He also co-founded the Controlled Breathing Association, which oversees and promotes the use of the method in Cameroon. Dr Florendo has taught the Buteyko Method to patients and health workers in Africa, the United States, and the Philippines. Since 1993 and his early days of the medical curriculum at Jagiellonian University in Kraków, Poland, Marek supported the local and global medical community in the integration of the vis medicatrix naturae (the body’s natural ability to heal itself) philosophy into the main stream of public healthcare. He organizes and gives lectures on complementary medicine and health promotion, to companies, schools, universities, kindergartens, patients’ societies, sports clubs, dance clubs, guilds, and religious groups.

After 10 years of studying medicine, functional diagnostics and medicatrix naturae systems, he started his independent medical practice. In 2004 he became a Member of the British Faculty of Homeopathy (LFHom). In 2007 he qualified as a specialist in Family Medicine and a Member of the College of Family Physicians in Poland to enable him to offer continuous medical care in the public healthcare system.

He has also served as the Medical Doctor on Duty and Adviser for children and adults with asthma and other respiratory complaints in the Wieliczka Saltmine Underground Rehabilitation and Treatment Centre. In 2010 he was invited to work as a physician in Ireland and became a Member of the Irish College of General Physicians in 2012.

In 2011 he was involved in many health promotion activities and the funding non-profit organisations in Poland. He became President of the Foundation for Integrative Medicine Institute, achieving great success in its countrywide social projects. See: www.medycynaintegracyjna.pl

In 2013 Marek studied the Buteyko Breathing method in Dublin Clinics for 6 months and he developed a clinical project called Breathenose.org with workshops for Polish and Irish patients, together with their General Instructors, to improve the control of respiratory complaints in general medical practice. Dr. Bose is a recipient of the Delhi Medical Association Excellence Award in the field of Respiratory, Critical Care and Sleep Medicine. He received Scroll of Honour for outstanding professional services and incomparable contribution to humanity from University College of Medical Sciences, Delhi University. The Global Initiative on Asthma (GINA), World Health Organisation (WHO) and American College of Chest Physicians have lauded Dr. Bose’s contribution to respiratory diseases. The SAANS Foundation has been acknowledged globally for its work in the field of sleep research and advocacy.

Bose has contributed as guest faculty in innumerable national and International conferences, written many books and published articles. Among his popular books are Know Your Disease Asthma, 1998, Reviews in Chest Medicine, 2002, Sleep Medicine for Chest Physicians, 2005 and Manual of Mechanical Ventilation, 2007.

The Buteyko Clinic is indebted to the help and guidance received from Dr Vladimir Buteyko, eldest son and successor to the author of the method, Dr Konstantin Buteyko. Dr Vladimir Buteyko has been instrumental in the work of ButeykoClinic.com under the trademark of the Buteyko name. It was the wish of his late father to ensure that the Buteyko Method was made available for all of mankind, and not to be owned by any one individual or group. Dr Vladimir Buteyko and his wife Marina operate the Buteyko Centre in Voronezh which was created by Konstantin Buteyko in 1991 for the perpetuation and development his medical, scientifically-methodical, and spiritual-philosophical theory of recovery of health. Felix Laevsky was invited to join our Team as an Adviser in advanced relaxation techniques, tension and stress control.

Felix is one of Buteyko breathing method pioneers and is one of the earliest Buteyko Educators in North America. He has been teaching in the US since 1995 right after he and his family came to the US. Prior to that, Felix started with the Buteyko method in Ukraine as a student in 1993 and became an instructor in 1995. Felix is a member of the Buteyko Breathing Educators.

Felix worked very hard on issues, which prevented clients from better progress with Buteyko training. Additionally to conventional Buteyko training program he has developed his own multifaceted approach, which related to Dr. Buteyko requirements, but needed advanced instructions in particular areas. Working in a medical environment more than 13 years as a Buteyko breathing Educator, Biofeedback therapist, Emotional Freedom Techniques instructor and Hypnotist, Felix has outstanding experience in areas of relaxation and stress control. Based on this experience he has developed recommendations on how to educate clients in advanced techniques and skills on how to relax the mind and body, control physical and mental tension and stress in any real life situation.

While using Biofeedback technology clients becoming aware that recommendations are working on objective level. It really helped them to build self-confidence in their capabilities to improve physiological functions of their body and consequently symptoms and to improve overall outcome of Buteyko method training.

Felix’s recommendations would be helpful not only for clients, but for Educators too.